Watching the French Open? Check in on fanatix.com 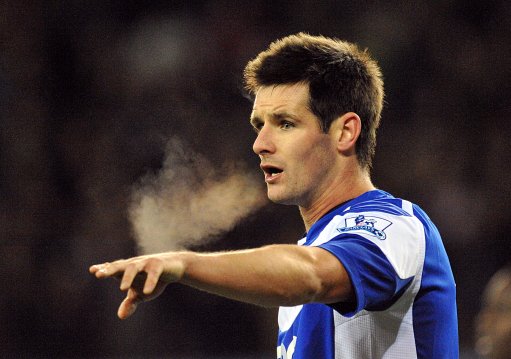 Scott Dann transfer bid ‘expected from Liverpool’ as Arsenal and Spurs dally
Liverpool are believed to be putting together a transfer bid for Birmingham City defender Scott Dann, with Arsenal and Spurs also interested.
The Anfield side are in the market for a centre-half to assist Martin Skrtel and Jamie Carragher, as well as the injury-plagued Daniel Agger.

Lifelong Liverpool fan Dann is believed to fit the bill for Reds manager Kenny Dalglish, and Birmingham are almost certain to cash in on one of their most saleable assets following their relegation.
Premier League rivals Arsenal and Tottenham are also believed to be interested in the player, but Liverpool are looking to get a bid in early to steal a march on the north London sides.
All three clubs have also been linked with Bolton Wanderers centre-back Gary Cahill.
But with Cahill valued at £18m and Dann at £10m, Dann is the preferred option for the Reds. (Metro)

As well as interest Liverpool have in Birmingham City centre back Scott Dann other sources have stated that Kenny Dalglish is also monitoring Blackburn Rovers youngster Phil Jones as a potential summer target which would suggest that the Anfield boss is ready to make wholesale changes at the back.

Liverpool’s new owners are ready to back substantial moves in the transfer market, with a view specifically to those additions that are part of the club’s long term plans to push the club from the top six into genuine title contenders and moves for both English defenders would appear to fit the criteria in that regard.

Scott Dann missed a large chunk of last season and indeed his absence was clearly felt by Birmingham City who missed his presence alongside Roger Johnson, a pairing that was very helpful at combating opposition attacks. Ultimately Alex McLeish was unable to keep the St Andrews’ side from dropping into the Championship and therefore their top performers could well be on their way out, keeper Ben Foster being another who may well leave the Midlands club this summer.

Phil Jones has shown remarkably maturity since he exploded onto the scene at Ewood Park, the 19 year old made 25 starts last term and has become a regular first under Sam Allardyce and then Steve Kean. The Preston born England Under 21 international is also being pursued by a number of other Premier League sides including Arsenal and Tottenham.

Liverpool’s defence could well be in need of freshening up after they conceded 44 Premier League goals last term, their highest total since 1998/99 season.