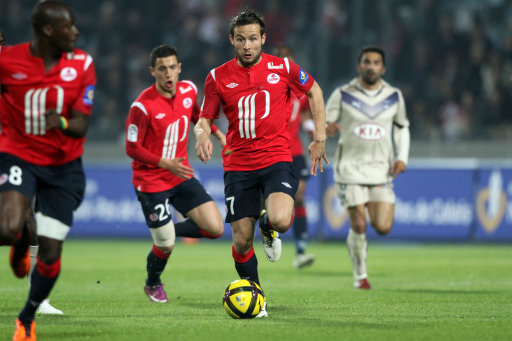 NEWCASTLE have confirmed the signing of French international midfielder Yohan Cabaye for an undisclosed fee.

The 25-year-old agreed terms with the Magpies last week and after completing his international duties with France last night, he jetted into Tyneside today to undergo a medical and put pen to paper.

Cabaye said: “This is a fantastic move for me. I have enjoyed great times with Lille but the time is right now to test myself against the best and playing for Newcastle United in the Premier League does just that.

“My first impressions of the club and the city are that it is a lovely place and the stadium is magnificent.

“Now that I have signed I am looking forward to meeting the rest of the team, working with Alan Pardew and his staff, but most of all playing for Newcastle United and their supporters.”

Magpies boss Alan Pardew added: “We are delighted to have signed Yohan on a five-year contract.

“He has a first class pedigree having proved himself at the top level in France, both for his club and the national team. He will add great quality to our squad and I am really looking forward to working with him.”

If Alan Pardew’s concern was that the likes of Joey Barton and Jose Enrique were unsure of their Newcastle United future’s due to a need to see the Magpies bring in ambitious new signings then perhaps the capture of French international Yohan Cabaye may help to allay such concerns. The talented 25 year old Lille man is a top notch performer who the St James’ Park boss will hope can adapt to the move from Ligue 1 to the Premier League.

Cabaye has been a regular at Lille for six seasons and was instrumental in helping Rudi Garcia’s side to their first domestic title triumph in over 50 years, Pardew will hope that the box to box creative midfielder can have a similar impact in the North-East.

As yet no details have been released relating to the fee paid for the cultured midfielder and indeed the Toon Army faithful will be hoping that Pardew looks to bring other new signings to resolve problems areas, perhaps most tellingly in the striking department.