Stamford Bridge hero could be about to swap places with White Hart Lane star. 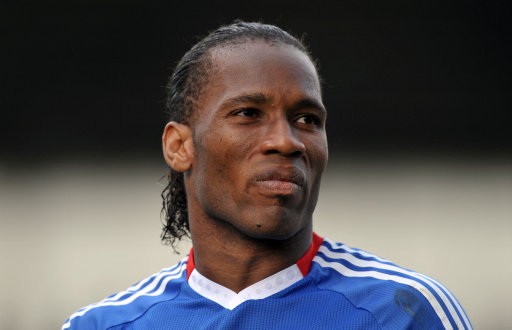 Spurs boss Harry Redknapp has declared the £30million-rated Croatian is not for sale despite interest from the Blues and Manchester United.

But the 25-year-old has not ruled out a move from White Hart Lane and is desperate to continue playing Champions League football next season.

Drogba did not enjoy his best of campaigns last year and is now under immense pressure to keep his staring place following the £50million arrival of Fernando Torres from Liverpool.

The 33-year-old reportedly handed in a transfer request to the Stamford Bridge board last week ahead of a move to Tottenham.

But now the Blues are tempted to allow the Ivorian to move to Spurs if it helps them secure the services of Modric, according to the Daily Mirror.

Redknapp has never hidden his admiration for Drogba and has made it clear he would love to take him – if Chelsea were looking to let him go and finances allowed.

Modric has been identified as the player most likely to bring the best out of Torres and the inclusion of Drogba could be enough to tempt Redknapp to sell.