Old Trafford boss gets his man. 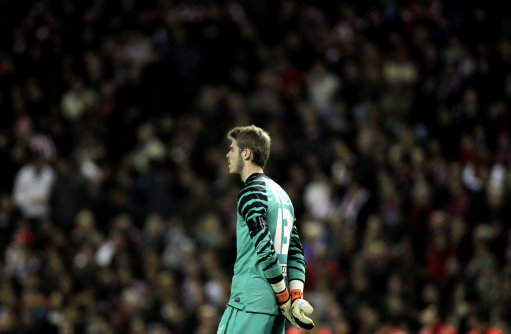 United have confirmed a third new signing of the summer after reaching agreement with Atlético Madrid for the transfer of David de Gea.

The 20-year-old goalkeeper passed a medical this week and has agreed a five-year deal with the club.

“I feel very proud and I can’t wait to start playing here,” said De Gea in an exclusive interview with MUTV, to be shown on the channel at 18:30 BST today.

“When a club the size of Manchester United comes in for you it obviously makes you very, very happy.

“I saw their interest as an extra motivation to work even harder to show off my ability.

“It’s a great privilege to be part of a club like United and I’m keen to do my best and show what I can do.” 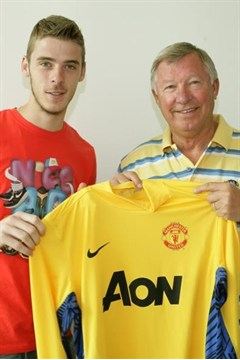 So the search for a long term replacements for Edwin van der Sar is over and it appears that Sir Alex Ferguson has nabbed a hugely talented young keeper with a great deal of potential to serve the Old Trafford side for many years to come.

Man United are thought to have paid around £18.9m for the 20 year old Spaniard who in keeper years is practically a toddler. The Atletico Madrid youngster has been a regular at the Vicente Calderon for the past two seasons and considered the ‘Next Iker Casillas’ after showing great ability and confidence during his time in La Liga.

Sir Alex Ferguson will almost certainly look to offload Polish international Tomasz Kuszczak this summer as he has Dane Anders Lindegaard on hand to act as back up to the Madrid born starlet.