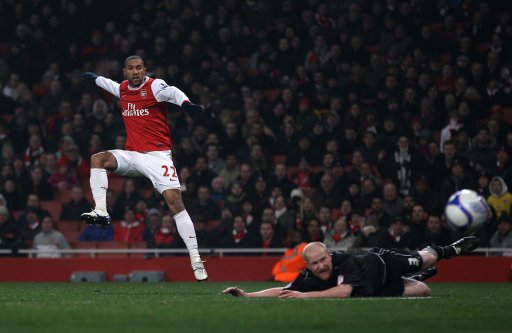 Manchester City are in discussions with Arsenal over the possible signing of France international defender Gael Clichy, BBC Sport has learned.

The 25-year-old full-back, who joined the Gunners from French club Cannes in 2003, is out of contract at the Emirates at the end of next season.

Clichy reportedly told Arsenal he wanted to leave last month, and had been linked with Liverpool and Roma.

But City have emerged as rivals for his signature and could table a £7m bid.

Gael Clichy may well be the one Arsenal player who is linked with an Emirates Stadium exit that Arsene Wenger doesn’t mind losing. The long serving French international has made it clear he wants to leave the North London club but the Gunners boss has stated his intention to avoid selling any of his players to Premier League rivals, so where does that leave this bid from Man City?

Well given that the 25 year old has just one year left on his contract and that the former Cannes man can leave for nothing in 12 months, it seems likely that Wenger would rather take the money than lose the left back for nothing in a year’s time.

Liverpool and Roma are also said to be keen on the full back who has racked up over 250 appearances for Arsenal and is the only member of the current squad who has a Premier League winner’s medal.