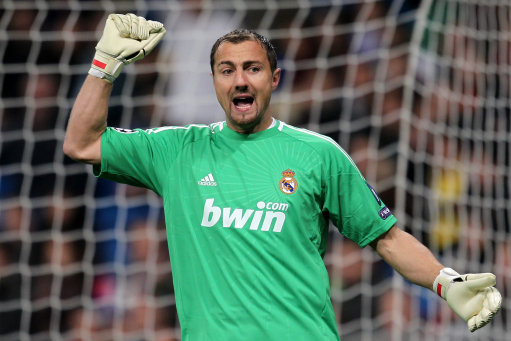 Manchester United have reportedly given up on signing Inter Milan midfielder Wesley Sneijder and have instead turned their attention to his £20m-rated international team-mate, Klaas-Jan Huntelaar.

When Nasri and fellow midfielder Cesc Fabregas return to Arsenal for pre-season training this week, they are expected to inform Gunners manager Arsene Wenger that they want to leave the London club.

Wenger, meanwhile, is lining up a £12m bid for Wolves striker Kevin Doyle.

Marseille deny Arsenal have made a bid for Mathieu Valbuena.

Arsenal also have their sights set on Manchester City goalkeeper Shay Given after it emerged that Roma were close to sealing a deal for Ajax keeper Maarten Stekelenburg, a previous Gunners target.

However, relegated Italian side Sampdoria are also keen on Given, whose opportunities at Eastlands have been limited by the emergence of Joe Hart.

Tottenham are increasingly confident they will win the race to sign Brazilian striker Leandro Damiao from
Internacional and they have also held talks with representatives of Roma forward Mirko Vucinic.

Thomas Hitzlsperger – available on a free transfer from West Ham – could return for a second spell with Villa, although Stoke, Fulham and Blackburn are also keen on landing the midfielder.