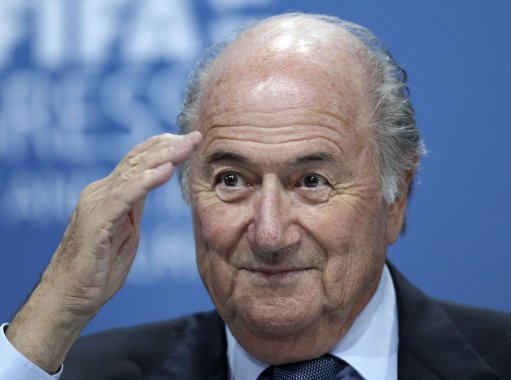 Having decided to play the tournament in the middle of summer in a country where temperatures regularly exceed 40C, Fifa have been wrestling with the problem of how the world’s best players are going to cope with the conditions.
Air conditioned, indoor stadiums will help, but even that might not be enough to keep them at a safe temperature according to Michael Beavon, a director of Arup Associates, the company responsible for developing the zero-carbon solar technology intended to cool them.
As a result, one proposal being considered by Fifa is to play the 90 minute games over three 30-minute periods if the temperature inside the stadiums exceeds 30c because of the potential health risks involved.
“There is a moderate risk of heat injury to the players between 24C-29C but if you go above that you have high and extreme risk of injury, ” said Beavon, who was speaking to delegates at the Qatar Infrastructure Conference in London.
“The one thing Fifa do say, although it is for guidance, is if it’s 32C they will stop a match and play three 30-minute thirds rather than two 45-minute halves.

So we only just noticed this report from a few days ago and we are in a state of shock. Sure, we know that FIFA is capable of coming up with ideas that baffle and boggle the mind but this takes the biscuit. Could this really happen?

What lengths are FIFA willing to go to, to justify their ‘decision’ to hand the World Cup to Qatar? Either there’s talk about a winter World Cup and now there is a possibility of splitting the game into three periods, whatever next? How about reducing the size of the pitch so that’s easier for players to cope with the searing heat?