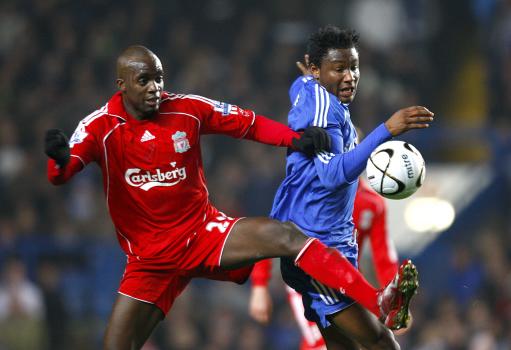 Stoke City are planning and £8million bid to sign Juventus midfielder Mohamed Sissoko and bring him back to the Premier League.

The 26-year-old spent three years at Liverpool and scored one goal in 85 games and helped the club win the FA Cup in 2006.

The Mali international is wanted by Trotters boss Tony Pulis as his star summer signing, but faces competition from PSG and Marseille, according to the Sun.

“It’s no secret we need to bring players in to boost the squad,” Pulis said. “We’re hoping to do some deals over the next few weeks.”

Meanwhile, Stoke keeper Thomas Sorensen has raised fresh doubts over his future at the Britannia Stadium.

The Denmark international threatened to quit the club after losing his starting place to Asmir Begovic before vowing to fight to regain the No 1 jersey.

Sorensen, who is wanted by West Brom, says his future is not decided but he is desperate to play first-team football.

“I really appreciate all the support from you Stoke fans,” wrote on Twitter. “Nothing has been decided about my future yet.

“It is frustrating when u just wanna play football but the situation makes it a bit complicated.”