Stadium Of Light veteran wants to remain at the club. 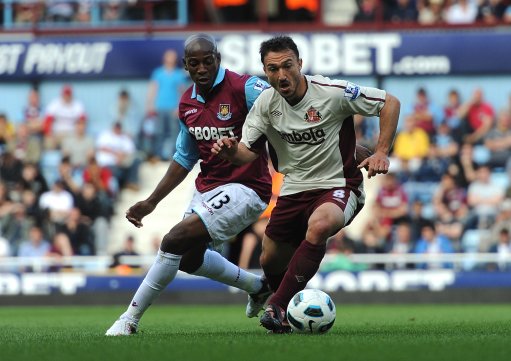 Sunderland midfielder Steed Malbranque wants to stay at the club despite growing speculation he will be sold this summer.

The 31-year-old has 12 months left on his contract and the Black Cats may cash in on him now rather than let him leave for nothing.

Manager Steve Bruce has made nine summer signings so far, with the vast majority being midfielders, increasing competition for Malbranque’s place.

Bruce still wants more additions, with Wigan’s Charles N’Zogbia top of his wishlist, but he will need to offload some players who are now surplus to requirements.

Malbranque is determined not to be one of them, and is instead targeting a new deal.

“I am very happy at Sunderland – I do not want to leave this club,” he told the Journal.

“I want to stay and fight for my place, I have no interest in leaving and I would like to stay longer if possible.

“The club has moved forward in every year that I have been here and we have done it again.

“With the new players that we have at the club, we can target European football next year.

“I want to be part of the squad, I have never asked to leave and I won’t.”