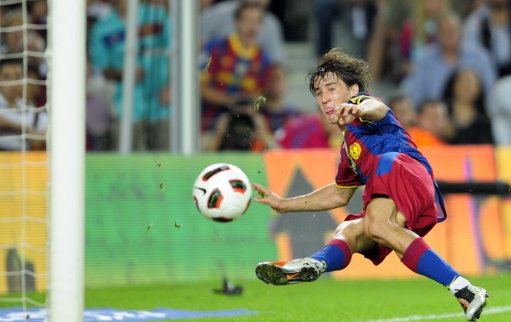 Barcelona forward Bojan Krkic has snubbed offers from the Premier league to join Italian side Roma.

If Barcelona decide to activate the clause it will cost the Nou Camp giants £11.4million but if Roma block the move the fee will increase to £35million.

Bojan has failed to establish himself in the Spanish and European champions first-team despite scoring seven goals from 35 appearances last season.

The 20-year-old exploded into Barcelona’s squad in 2007-08 when he scored 10 goals and set a record as Barcelona’s youngest scorer in the league at 17.

The U21 Spain international will join former Barcelona B coach and player Luis Enrique, who was recently hired by Roma.

The money could allow the Catalan club to up their bid for Arsenal captain Cesc Fabregas after signing Udinese forward Alexis Sanchez for £23million.

Barcelona started the summer with a budget of £40million, but following the acquisition of Sanchez and striker Kiko Femenia for £1.7million, they are still short of Fabregas’ £35million valuation.