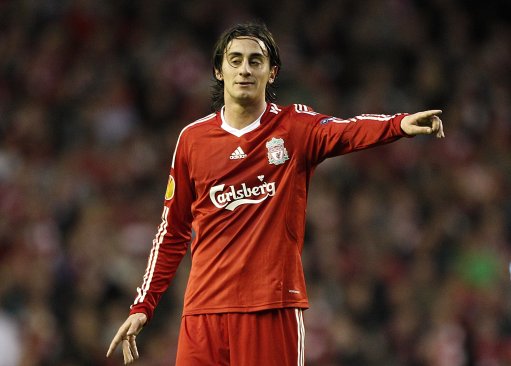 AC Milan will sign Liverpool midfielder Alberto Aquilani once he has completed his medical.

The 27-year-old is at the San Siro now performing the medical assessment and is expected to agree a three-year contract.

The Italy international has agreed a pay cut to move to the Serie A champions after he was frozen out of Liverpool’s future plans.

Aquilani will move to the Rossoneri initially on-loan, but if he plays more than 25 games this season, AC Milan will have to £5.2million.

The Italian giants will pay him £1.7million this season and £2.2million for the next two years for a player that has been bought to replace legendary midfielder Andrea Pirlo.

Liverpool paid £17million for Aquilani in 2009 but his first season was troubled by injury.

He was sent on-loan to Juventus last campaign, but the Old Lady did not want to take up the permanent deal option.

Fiorentina were also keen on signing the playmaker but could not match Liverpool’s valuation.