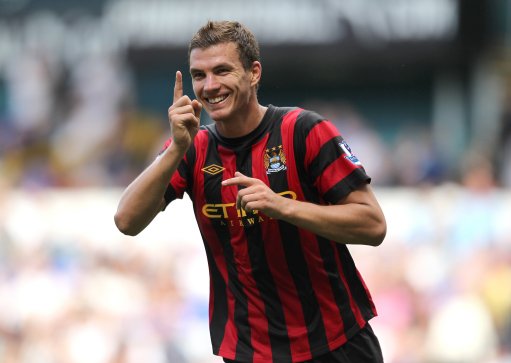 Manchester City striker Edin Dzeko has been rewarded for his fine start to the new season by being named Barclays Player of the Month for August.

The 25-year-old has scored six goals in City’s opening three fixtures, including four against Tottenham in a 5-1 win at White Hart Lane last weekend.

The Bosnia and Herzegovina international had a slow start to his career in England – after his £27million move from Wolfsburg in January – but is now starting to repay that fee.

Manchester United boss Sir Alex Ferguson was handed his 26th manager of the month award after victories over West Brom and Tottenham, as well as the 8-2 hammering of rivals Arsenal.

The 69-year-old is approaching his 25th anniversary at the Old Trafford helm and has started the season well as he goes in search of a 13th Premier League title.