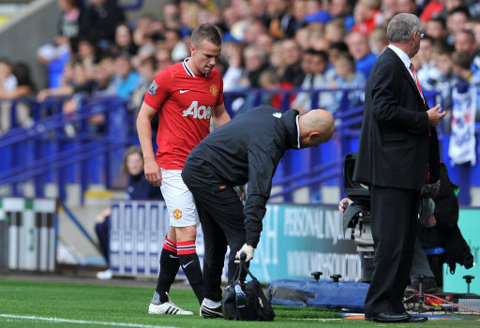 Manchester United midfielder Tom Cleverley will be out of action for a month after his injury in the thrashing of Bolton Wanderers yesterday.

The 22 year-old was the victim of a heavy tackle from Kevin Davies early in the first half of the match at the Reebok Stadium, and found himself unable to continue.

His manager stated after the match that he believed Cleverley had broken his foot, but fortunately for the player and Manchester United, scans have shown no damage to the bone, with ligaments the only concern.

He will miss the start of the club’s UEFA Champions League campaign, as well as grudge matches against Chelsea and Leeds United, but could return against Liverpool in mid October.