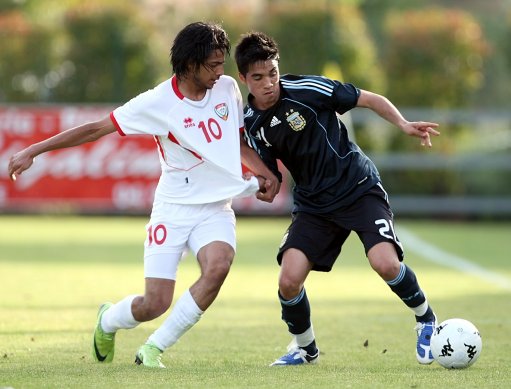 A footballer who became an internet sensation after scoring a backheeled penalty earlier this year has been killed in a car crash.

United Arab Emirates midfielder Theyab Awana died after being involved in an accident when travelling back from training in Al-Ain to Abu Dhabi.

The 21-year-old was considered one of the country’s emerging talents but is best remembered for scoring a controversial 78th-minute penalty in the UAE’s 7-2 international friendly win over Lebanon in July.

Awana slotted home the spot-kick with his heel after running backwards towards the spot.

He was shown a yellow card at the time and immediately substituted by coach Srecko Katanec, who also publicly reprimanded Awana.

Footage of the penalty was subsequently circulated on the web and has received well over a million hits on YouTube.