X Factor stars One Direction will hit the road this winter. 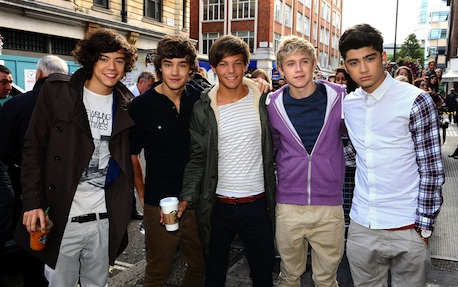 One Direction have confirmed details of their first ever UK tour and are set to perform live shows throughout December and January. The band came to fame during last year’s X Factor series, immediately being handed a recording contract following their exit from the competition due to their sheer popularity.

The group will begin the jaunt at Wolverhampton Civic Hall on 21st December, before going on to perform shows in cities such as Manchester, Birmingham, Nottingham, London, Glasgow, Newcastle and Cardiff. The tour will come to a close on 26th January in Belfast.

One Direction tickets for the following UK tour dates will go on general sale on Saturday 1st October.