To celebrate Le Professor reaching 15 years as Arsenal boss, we look at some of the highlights in his years at Highbury and the Emirates. 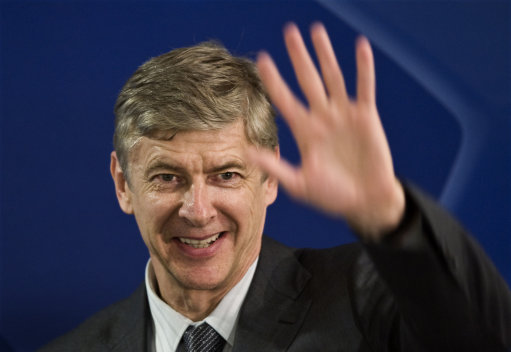 Arsene Wenger led his team into the Champions League final for the first time in the club’s history and faced the mighty Barcelona.

Arsenal had kept a record 10 successive clean sheets on their way to the final in Paris – despite having Philippe Senderos and Mathieu Flamini in defence.

But Barcelona were strong too with Ronaldinho, Samuel Eto’o and Carlos Puyol providing the spine for Frank Rijkaard’s Catalans.

The Gunners task was made even trickier when after 17 minutes Jens Lehmann caught the trailing leg of Eto’o. Ludovic Giuly tapped into an empty net but referee Terje Hauge overruled the goal, awarded a free kick on the edge of the box and sent off Lehmann.

But Wenger’s players rallied and on 37 minutes came the moment that nearly won the trophy. Thierry Henry whipped in a free-kick from the right and Sol Campbell ghosted in to tower a header past Victor Valdes.

For much of the second half it seemed like this impossible mission would be accomplished. Henry and Freddie Ljungberg even had chances to put the tie to bed.

But 13 minutes from time, Eto’o struck home from an acute angle. Soon after Juliano Belletti fired the winner in off substitute stopper Manuel Almunia.

The dream was over.