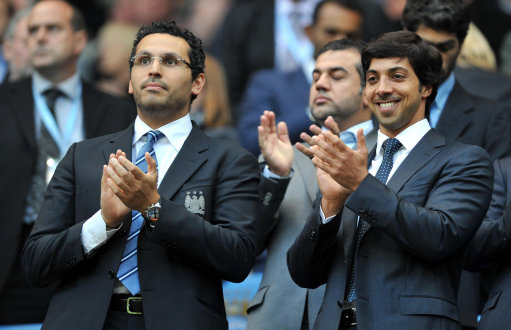 Manchester City owner Sheikh Mansour is still the richest man in football with a fortune of £20billion.

The Abu Dhabi royalty retains his top spot in the FourFourTwo Football Rich List 2011/12 and is along way clear of his nearest rivals.

Usmanov is now reported to be worth £12.4bn, with Indian steel magnate Mittal slipping to third with a fortune of £11.8bn.

The new Arsenal owner, Stan Kroenke, is eighth with £1.8bn.

Chelsea’s Russian billionaire owner Roman Abramovich sits fourth, with his fortune growing by £2.9bn over the year to reach £10.3bn.

Malcolm Glazer, the controversial owner of Manchester United, has reportedly increased his fortune by £110million to remain ninth on the list.

Liverpool owner John W Henry, whose consortium took over the club just over a year ago, is the highest new entry on the list, with the American going in at 20th.

David Beckham is the wealthiest player at number 42, with his empire growing by £35m to give him a personal fortune of £135m.