A new video has been released featuring Rihanna undressing in the back of a car. 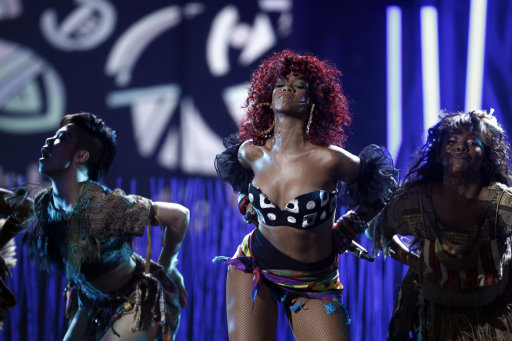 A new promotional video has been released by Armani Jeans, featuring US pop star Rihanna. In the video below, the singer can be seen undressing and slipping into a pair of jeans and leather jacket in the back of a car.

The singer is currently in the UK, and recently caused a stir amongst fans after being spotted on the tube on the way to her own concert, the first of ten this year at London’s O2 Arena.

Rihanna tickets for her current Loud tour are available online.