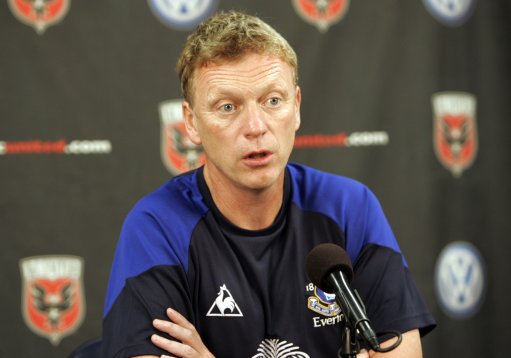 Everton are keeping tabs on Catania striker Maxi Lopez who has been put up for sale by the Serie A club.

The 27-year-old has been sidelined by coach Vincenzo Montello this season and there are no signs he will be welcomed back into the first-team.

The ex-Argentina U20 international scored 10 goals in 32 appearances last season, and 11 in 17 the campaign before, but has lost his place to Gonzalo Bergessio.

A number of clubs are interested in Lopez, with Lazio, Novara and Wolverhampton Wanderers also keen on the hit-man.

Everton boss David Moyes will hope the challenge of playing in the Premier League will be enough to convince Lopez to join the Toffees.

Moyes is in desperate need of more attacking options with Louis Saha expected to leave the club at the end of the season following a bust-up with the manager.

With Yakubu and Jermaine Beckford leaving the club last summer, the Scotsman needs more strikers and will offer £4million for Lopez’s signature.

Lopez will have the chance to link up with fellow Argentine Denis Stracqualursi who moved to Goodison Park in the last window but is yet to make an impression.