The influential band will perform at Heaton Park in Manchester after confirming their reformation. 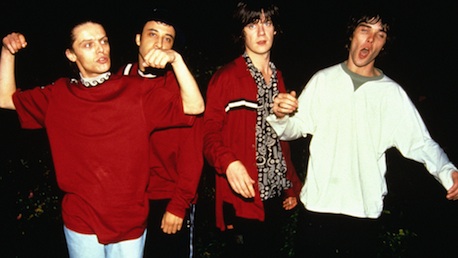 The Stone Roses have confirmed that they are to reform for UK shows next year. The band announced at a press conference in London this afternoon that they will perform two shows at Heaton Park in Manchester on Friday 29th and Saturday 30th June, as part of an extensive World tour.

The group famously disbanded in 1996, after having forged a reputation as one of the most influential British bands of all time.

Lead singer Ian Brown went on to forge a successful solo career, but the band are now set to appear in their original form for the first time in over 15 years.

Stone Roses tickets will go on sale this Friday, 21st October at 9.30am.