The boy-band supergroup will tour the UK next year. 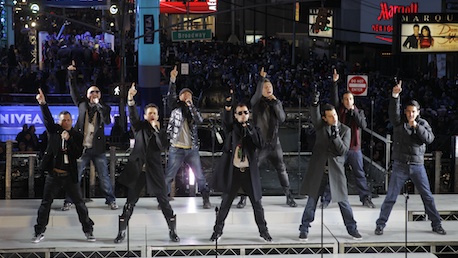 Boy-band supergroup NKOTBSB have announced details of their first ever UK concerts. The band, formed by members of New Kids On The Block and The Backstreet Boys, have confirmed arena shows for April 2012, after having recently toured the US.

The collective have confirmed that they are to perform hit singles from both band’s hugely successful careers.

NKOTBSB tickets will go on sale this Friday, 28th October for the following UK and Ireland live concerts: