St James’ Park side battle it out with Black Cats for Bundesliga hotshot. 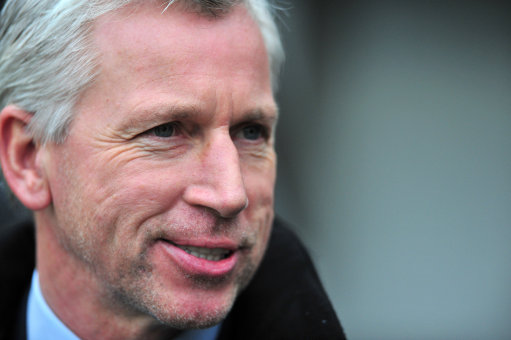 Bayern Munich striker Ivica Olic has today confirmed that he wants to leave the German club after finding first team starts hard to come by and the news has put Sunderland and Newcastle on alert.

Olic responding to Munich’s Tz newspapers question on whether he would stay at the club said “ No. I want to play more; I want to have fun for another two years … I am not the type of player who comes on towards the end of the game. That is not enough for me” and this comment has seen rivals Sunderland and Newcastle weighing up a move for the Croatian who is in the last year of his contract at Bayern and at 32 years old want’s to end his career playing games week in week out.

Before moving to Bayern Munich in 2009, Olic was reported target for Tottenham though a move never happened, though it seems he may get a chance to play in the Premier League as both Steve Bruce and Alan Pardew look at striking options in January to bolster their attacks.

Ivica Olic is an experienced campaigner who at 32 may be in the tail end of his career but still has a lot to offer and after being pushed down the pecking order at the Allianz Arena it’s no surprise that a number of sides are keen on acquiring his services.

The Croatian international has struggled to persuade Jupp Heynckes to give him first team starts but the great form shown by Mario Gomez and Thomas Muller has left the former Hamburg man having to consider his future and a move to the Premier League would probably interest Olic.

In his first season at Bayern Munich Olic managed 19 goals as the Bavarian side completed a domestic treble but has suffered with injuries and a lack of opportunities over the past 18 months.

Newcastle United’s impressive start to the campaign is sure to put the Magpies ahead of Sunderland in the race for the prolific striker and Pardew may feel that another striking option is needed to keep up the club’s progression.

Leon Best and Demba Ba have formed a good partnership but Shola Ameobi has had injury problems and Peter Lovenkrands is apparently ready to leave the club after appearing to become surplus to requirements. A move for Ivica Olic would also not break the bank so may well be a deal that owner Mike Ashley would consider financing.