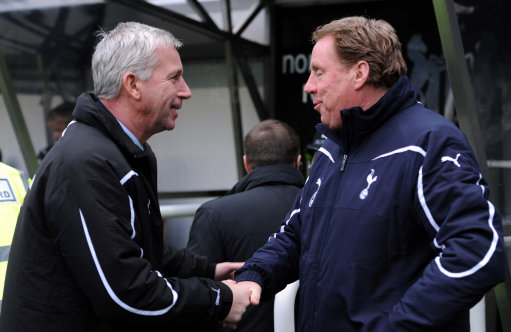 The Magpies are flying high in the Premier League, unbeaten and currently in third, and owner Mike Ashley is ready to back manager Alan Pardew with significant investment.

The Toon Army are aiming for Europe but Pardew is worried about the lack of recognised goal scorers in his squad.

Demba Ba, Leon Best and Shola Ameobi have found the back of the net this season but all have dismal injury records.

Defoe and Pavlyuchenko have both lost their starting place in the Spurs team to the strikeforce of Emmanuel Adebayor and Rafael van der Vaart.

Manager Harry Redknapp is also on the lookout for new strikers with Leandro Damiao,