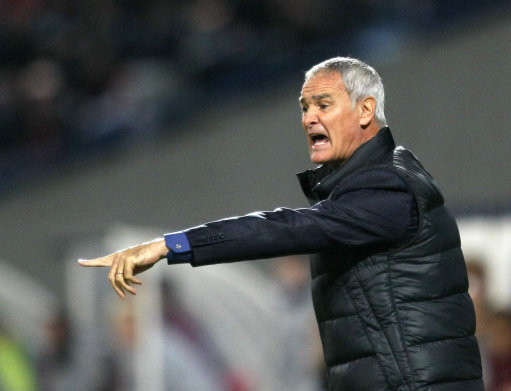 Manchester United are facing a three-way attack from Italy for Nani.

Inter Milan, Juventus and AC Milan will all look to lure the Portuguese winger away from Old Trafford in the summer when he will have two years left on his United contract.

All three believe that the 24-year-old is looking for a new challenge after ­spending the last six years in ­England.

Nani has become one of Sir Alex Ferguson’s key ­performers over the past two seasons, but his form this term has been less ­consistent and the presence of Ashley Young, Antonio Valencia and Ryan Giggs at the club means United have no shortage of options on the flank.

Sources in Italy believe Nani can be prised away from United for around £30million.

Inter Milan are having a poor time of it lately, last term they surrendered their Serie A title meekly and axed new boss Gian Piero Gasperini after just a few weeks in charge. Now Claudio Ranieri is at the helm but the Nerazzurri still find themselves in am embarrassing 17th placed spot and one wonders if the club can therefore manage to persuade big name players to move to the San Siro at present.

Nani would’ve been slighted by the fact that he was overlooked when it came to Sir Alex Ferguson naming his starting eleven for the Champions League final in May but one has to admire the way the Portuguese winger has performed this term, making it next to impossible for the Man United boss to drop him.

Indeed the 24 year old is one of only two players to have taken part in all eleven Premier League matches this term, the other being youngster Phil Jones, so it seems highly unlikely that Ferguson would entertain the notion of selling the talented wide man.

Last season Nani notched up 18 Premier League assists, the most in the division, and also weighed in with ten goals in all competitions and even though Ferguson has the likes of Luis Antonio Valencia, Ashley Young and youngster Danny Welbeck to ply their trade out wide he will still not consider offers for the former Sporting Lisbon man.