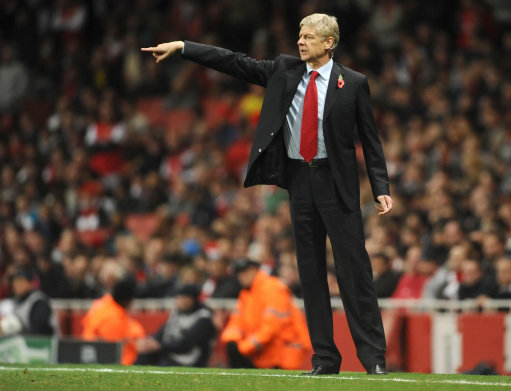 Arsene Wenger is set to go transfer window shopping after picking up more defensive injury problems in the win over QPR.

Stand-in left-back Thomas Vermaelen limped out of the 1-0 victory early in the second half and will be sidelined for around three weeks.

And the Arsenal boss admitted he will look to reinforce his squad with Kieran Gibbs and Andre Santos already ruled out.

“We lost Vermaelen today for two or three weeks so I have to look if I can find somebody,” the Arsenal boss said, clarifying that it is likely he will only be tapping into the loan market.

A move to bring in a loan signing in January is probably a wise one. The injury crisis at the Emirates Stadium has hit epidemic proportions and seems to have pretty much decimated the Arsenal defence.

Currently out are Bacary Sagna, Carl Jenkinson, Kieran Gibbs, Andre Santos and Thomas Vermaelen leaving Arsene Wenger to play players out of position just to make ends meet. There has been speculation of a move to sign Man City full back Wayne Bridge but that appears unsubstantiated.

Luckily for the Gunners boss the centre back pairing of Laurent Koscielny and Per Mertesacker is looking increasingly stable with both players finding a good run of form of late, leading to the North London club conceding just five goal in their past nine Premier League fixtures.

In separate news enforcer Emmanuel Frimpong has joined Wolves on a loan deal until the end of the season. The young midfielder has been a bit part player at Arsenal during the current campaign but has impressed many with this wholehearted displays.

Arsene Wenger is clearly keen to give the 19 year old a taste of regular first team football and a move to the Molineux club should prove of great use to both the player and indeed Mick McCarthy’s hopes of keeping his side safe from the drop.