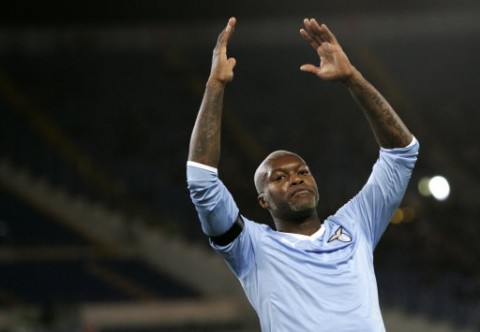 Queens Park Rangers have completed the signing of Lazio striker Djibril Cisse for an undisclosed fee.

The former Liverpool and Sunderland striker has signed a two and a half year deal at Loftus Road, and will be available to face Aston Villa on Wednesday.

Cisse has scored 220 domestic goals, and the 30 year-old’s vast experience will help him settle into Premier League football – particularly having played in England in the past.

The France international striker has struggled somewhat for goals for Lazio, but his time in Rome could not be considered a failure by any stretch of the imagination.

Six assists in 13 league starts for Lazio hint at a player whose game has matured, and he is less the playground player now than he was when he was last in the Premier League – someone who could run really fast and kick the ball really hard.

“I’ve watched him for many years and always been impressed by what he brings to the table.

“He’s a huge threat to opposition’s defences. He’s got great pace, power and movement and that’s something we will hopefully benefit from.”

He added: “His goal record is there for everyone to see. He’s scored goals wherever he’s played. His record speaks for itself.

“He was desperate to come here once we showed our interest in him and we can’t wait to get the best out of him.”