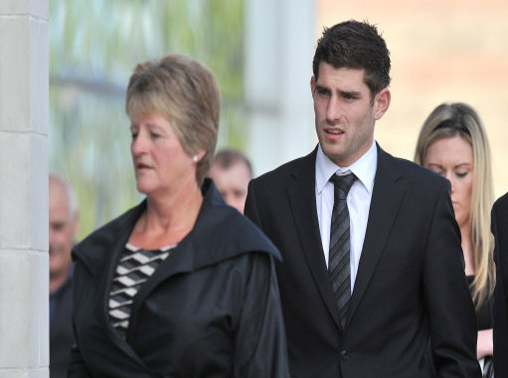 Wales and Sheffield United striker Ched Evans has been jailed for five years for raping a 19-year-old woman, while another player, Clayton McDonald, has been cleared.

Evans, 23, was convicted by a jury at Caernarfon Crown Court.

Both he and Port Vale defender McDonald, also 23, had denied rape at a Premier Inn near Rhyl, Denbighshire.

During the trial, the jury saw video interviews in which the woman, now 20, said she could not remember what happened and feared her drinks were spiked.

She could not remember travelling to the hotel, but woke up in a double bed.

“My clothes were scattered around on the floor,” she said.

“I just didn’t know how I got there, if I had gone there with anyone. I was confused and dazed.”