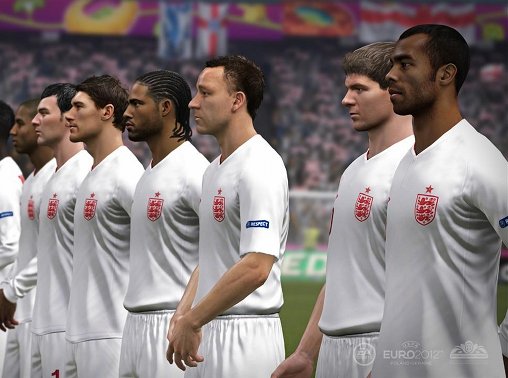 CaughtOffside review the latest addition to the FIFA series ahead of this summer’s major football tournament in Poland and Ukraine.Uefa Euro 2012 is downloadable content for FIFA 12 which updates the game to include this summers tournament.

This makes a change from EA’s usual strategy of releasing a full game close to an international tournament and this is reflected in the price. Although you are no longer splashing out full price for a boxed product, Euro 2012 still seems a bit expensive at 1800 Microsoft Points (or £15.99 on the Playstation store).

The DLC contains several new game modes to keep players coming back including the tournament mode, a challenge mode and expedition mode which will probably take up most of your time.

This mode involves playing your way across Europe, building a team from Europe’s best players.

You start with either your virtual pro or a real player of your choice with the rest of your team made up of random reserve players. By beating teams you gain access to a reserve player and subsequent victories give you access to substitutes and first teamers. This improves your team allowing you to take on Europe’s elite. Given that there are 53 teams it’s enough to keep you busy for a long time, being different to anything in the main game.

The Euro 2012 gameplay hasn’t changed from FIFA 12 so most people picking the DLC up will be doing it for the new modes, stadiums, teams (not all of which are licensed, including Ukraine…), and commentary.

Despite FIFA 12 being the best football game on the market, this expansion doesn’t feel like it offers enough to justify the price tag it has been given.

Those who do pick it up though will still be playing it until FIFA 13.