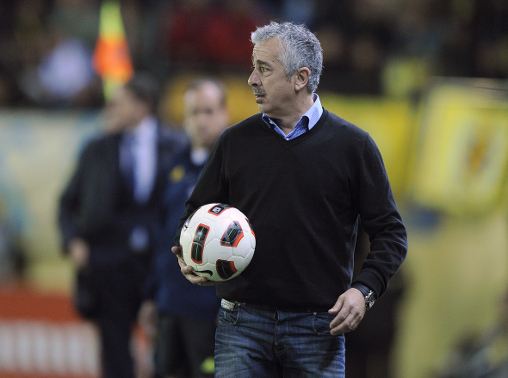 Villareal boss Manuel Preciado has died of a heart attack aged 54, just 24 hours after agreeing to take over at El Madrigal.

Preciado was sacked as boss of Sporting Gijon in January but was due to be unveiled by the relegated Yellow Submarine at a press conference on Friday. In April last year, his Gijon side ended Jose Mourinho’s nine year unbeaten home record when they defeated Real Madrid at the Santiago Bernabeu.

Preciado also managed Racing Santander, Gimnastic, Murcia and Levante and, as a player, the journeyman defender had successful spells at Racing, Mallorca and Alaves.

Barcelona and Spain defender Gerard Pique paid tribute to Preciado on twitter, describing him as “one of the greats of the sport”.

Pique’s club and international teammate Cesc Fabregas expressed shock at the news, tweeting “I can’t believe the bad news i just woke up with. Hugs for the family of Manolo Preciado. RIP my friend.”

A Villarreal club statement said: “Villarreal want to express their deepest sorrow at the sad loss and want to offer their condolences to his family and all his relatives.”

A statement the Sporting website read: “With deepest regret, Sporting Gijon wish to express their sorrow at this sad loss, for someone who formed an integral part of this club’s history, and send their deepest condolences to his family in this time of grief.”