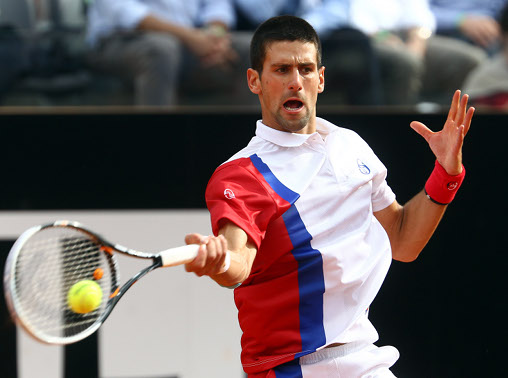 Federer again meets Djokovic in the Roland Garros semi-finals, having knocked him out the competition at the same stage last year.

John McEnroe believes Novak Djokovic is feeling the strain as he closes in on Grand Slam history, but backed the world number one to fire on all cylinders in Friday’s French Open semi-final with Roger Federer.

Djokovic already has the Wimbledon, US Open and Australian Open titles in his possession and victory in Sunday’s final would make him just the third man in history, and first in 43 years, to hold all four majors at the same time.

But the top seed has struggled in his last two rounds in Paris, coming from two sets to love down to beat Andreas Seppi in the fourth round and saving four match points in a five-set triumph over Jo-Wilfried Tsonga in the quarter-finals.

“Novak is really feeling the pressure like he did last year. It’s impossible not to feel that because he’s so close,” said American legend McEnroe at a rain-swept Roland Garros on Thursday.

If Djokovic gets past Federer on Friday in a rematch of last year’s semi-final clash, where the Swiss great ended the Serb’s 43-match winning run, he could face six-time champion Rafael Nadal in Sunday’s final.

“I guess Roger was this close. He had won three in a row and was in the finals twice. I believe Rafa was in the same position in Australia,” added McEnroe.

“I was never at the holding three in a row and going for that fourth one. But I know that’s gotta start to get to you a little bit.

“It did obviously when he (Djokovic) played Seppi. It was like he really was struggling. Even against Jo it wasn’t maybe as sharp as we’ve seen him. That’s not unexpected.

“Now that he’s gotten here, I expect him to play better. Even though he lost to Roger here last year, it’s going to be Roger that’s going to have to step up, play even quite a bit better in order to win.

“But then again, both of them are going to have to play even better if they want to win the final.”