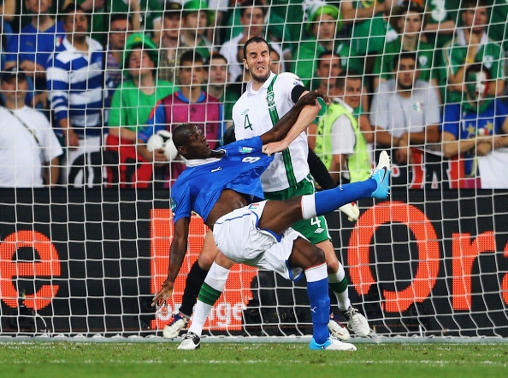 According to a report in Hunan province’s Sanxiang Metropolis newspaper, a man was found dead by his mother after his 11-day football-watching marathon.

The time-difference between Europe and China means that most of the Euro 2012 matches only start at 2.45am local time, finishing at daybreak.

Using a false name to protect the identity of the victim’s family, the newspaper said Jiang Xiaoshan had been a member of his university’s football team and had enjoyed good health before the tournament, co-hosted by Poland and Ukraine, which kicked off on June 8.

“We would rest occasionally but he watched everyday and would not miss a single match,” one friend told the Sanxiang Metropolis.

“Maybe he felt tired after staying up night after night,” said one friend.

Mr Jiang reportedly returned home at 5am last Tuesday but when his mother attempted to wake him for dinner that evening she found him dead.

Liu Zhiling, a doctor from the local People’s Hospital ER, told the newspaper: “Jiang was in good health. But staying up through the night and not sleeping enough weakened his immune system and he drank and smoked while watching the football, triggering his condition.”

“If you use beer to replace water that is not good. Alcohol harms [the body],” Dr Liu added.

Whilst it is of course it is mandatory to enjoy as much of Euro 2012 as possible it seems this poor unfortunate football addict took things a little too far. Going 11 days without much in the way of sleep is likely to leave you open to serious health problems and that coupled with copious amounts of drink is quite literally a recipe for disaster.

The 26 year old was reportedly simultaneously supporting England and France during the tournament and the final match he viewed was said to be Ireland’s 2-0 defeat to Italy.