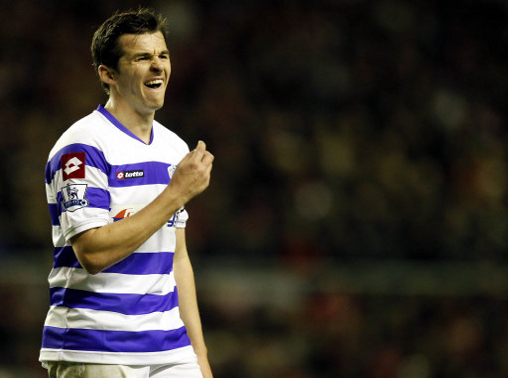 QPR have fined Joey Barton six weeks’ wages and stripped him of the club’s captaincy over his conduct in their defeat by Manchester City on the final day of the Premier League season.

The club held an internal investigation into Barton’s sending off and his actions following his red card.
In a statement, Barton said: “My behaviour was wrong and I accept the punishment imposed upon me.”

Barton was sent off for an off-the ball clash with City striker Carlos Tevez at Etihad Stadium on 13 May but was involved in further clashes with Sergio Aguero and Vincent Kompany before leaving the pitch.

The 29 year old has gotten off lightly. QPR would have been well within their rights to withhold wages for the period that he will be suspended from Premier League action, a ban that will last 12 matches following Barton’s Man City meltdown.

Many had predicted that Mark Hughes would axe the player but any reason to do so could well have been countered by the legal cost of doing so as the midfielder was only one year into a four year deal that was started in the summer of 2011.