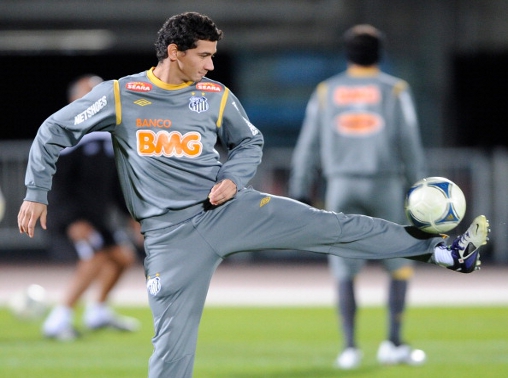 Ganso’s representatives have been made aware of the Gunners’ interest and are awaiting the North Londoners’ next move.

Manager Arsene Wenger wants to sign a new attacking midfielder this summer as he looks to give his side a fresh dimension in the attacking third and Ganso features prominently on the Frenchman’s list.

Sportsmail has learned the Gunners were interested in signing Chelsea-bound Oscar – but Wenger is now primed to turn his attentions to 22-year-old Ganso.

Ganso is a quality performer and a player with great potential who has reportedly made it clear he wishes to leave Santos this summer. The 22 year old Brazilian international has taken the fancy of many of Europe’s ‘elite’ but perhaps the rangy midfielder would be keen on a move to Arsenal knowing that Arsene Wenger is adept at getting the most out of young talents.

talkSPORT reports that Ganso’s valuation would be in excess of £30m, more than double Arsenal’s record transfer fee spend, thus no doubt making many Gunners fans skeptical about the validity of such speculation. 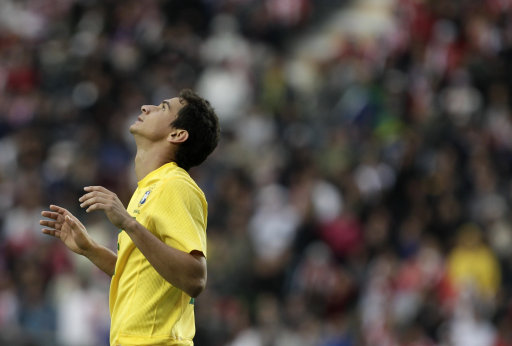 However the North London club will be more than aware of the anger directed at the board over their lack of transfer spending in recent years. The purchases of Lukas Podolski and Olivier Giroud appeared to be a move in the right direction but if Robin Van Persie is to be sold such good work is effectively canceled out.

Maybe the possible acquisition of Ganso would prove to the Dutch marksman that the Gunners do have the ambition, and spending power, to mount a genuine title challenge. 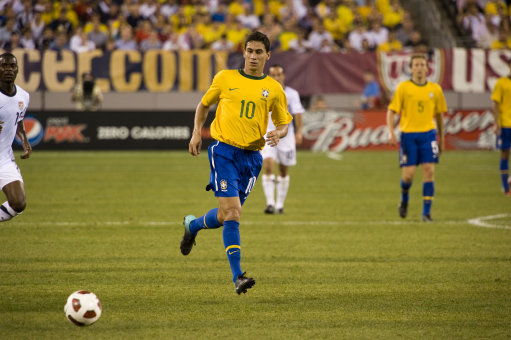 Ganso has helped Santos to back to back Campeonato Paulista titles and also secured a Copa Libertadores in 2011 and a semi-final finish in the same competition last season. The powerfully built attacking midfielder is also now a regular in the Brazilian national team set-up.

Though Arsenal have a fair few attack minded central midfielders the likes of Tomas Rosicky, Jack Wilshere and Mikel Arteta have all had injury concerns in recent seasons and Ganso is sure to be a player that would greatly interest Arsene Wenger, but is he ready to put in an offer of £30m for a single player? Old habits die hard.