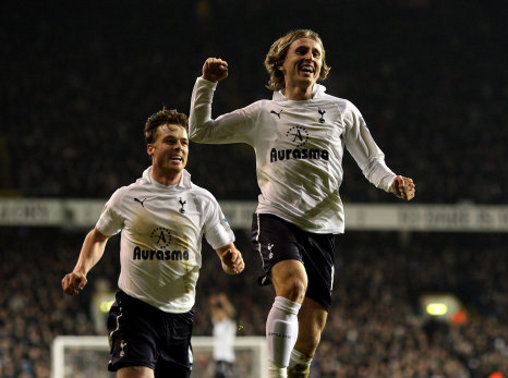 Tottenham boss Andre Villas-Boas has warned Luka Modric’s admirers that the Croatian will not be sold for less than Spurs’ asking price – thought be around £35 million.

Manchester United, PSG and Real Madrid are all thought to be chasing the playmaker but none have so far matched Tottenham’s valuation of the schemer.

Modric joined the north Londoners from Dinamo Zagreb in 2008 and first expressed a desire to leave the club last summer, with Chairman Daniel Levy digging his heels in and refusing to grant a transfer request or big money move to Chelsea.

The 26-year-old is under contract until 2016 but Villas-Boas admitted last week that he would be sold for the right price this summer.

The Portuguese has now repeated the club’s stance, insisting Modric is going nowhere unless the deal is right for Tottenham.

“There has been continuous interest from three different clubs. But it is important for Tottenham to hold onto their rights,” the former Chelsea boss told the BBC.

“His situation will continue as it is until the price is right.”

Real Madrid lead the race for the Croatian international, who starred at Euro 2012, but have so far been unwilling to offer more than £25 million and veteran centre-half Ricardo Carvalho – a bid Spurs deem unacceptable.

“Luka is an intelligent person and understands the club has to defend his value their values, rights and interests,” added Villas-Boas.

“It’s a difficult situation for the club but we have been co-operative by openly saying we are willing to listen to offers.

“But the offer has not been met to what the chairman Daniel Levy wants. If that is met there won’t be any problems.”