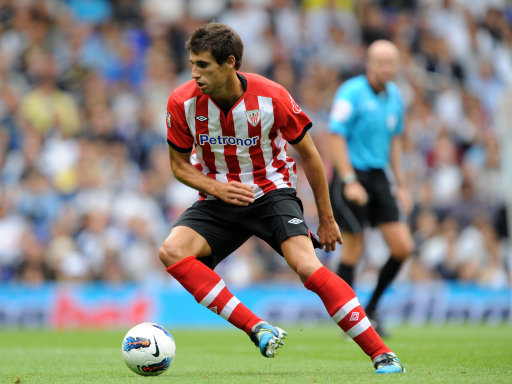 Barcelona have entered talks with Atheltic Bilbao over the transfer of Manchester City target Javi Martinez.

Martinez can play in defence or midfielder and impressed as Bilbao progressed to the final of the Europa League last season, beating Manchester United along the way.

But the Catalans are struggling to finance a deal after signing Spain left-back Jordi Alba earlier this month.

The La Liga club are ready to offer Bilbao £20.3 million plus rookie ‘keeper Oier Olazabal in a bid to sign Martinez and may have to offload Liverpool targets Ibrahim Afellay and Cristian Tello to make way for the Spaniard.

City are in a better position financially and should offload Bayern Munich and Inter Milan target Nigel de Jong in the next fortnight.

Boss Roberto Mancini is in the market for a holding midfielder and is pursuing both Martinez and Roma’s Daniele de Rossi.

Basque star Martinez has previously stated his desire to remain in Bilbao provided that outspoken coach Marcelo Bielsa is at the club.