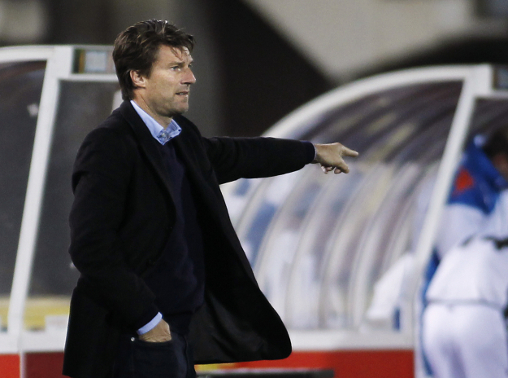 Highly-rated Udinese striker Odion Ighalo has set his sights on a dream move to England, amid reports Swansea City are interested in the Nigerian.

The 23-year-old caught the eye last term whilst playing for Spanish outfit Granada in La Liga on a season-long loan and he scored six times.

The Serie A club are keen to utilise the pacey striker this term, but Ighalo says that the chance to play in the Premier League would be an opportunity too good to refuse.

“My agent has told me that there are a few clubs interested in me and hopefully something will happen shortly, I’m still a Udinese player, so it is up to them whether I am allowed to join on loan or leave permanently, but I believe that if a reasonable offer is made they will let me go.”

Odion Ighalo has made it clear that he wants a move to the Premiership and Swansea plan to take advantage of this as they reportedly look to make a bid for the 23-year-old Nigerian.

On 30 July 2008, Ighalo signed a 5-year contract with Italian club Udinese however has spent the last three years on loan to Granada and Cesana with whom he has been scoring regularly and generating heat from clubs around Europe. Ighalo played a key role in Granada gaining promotion to La Liga as he scored in a 1-1 draw with Elche CF.

He told Sky News “Friends and team-mates have told me how good the Premier League is and I’m really looking forward to making it happen before the transfer window closes.”

The 6″2 striker has expressed his disappointment at some of the results over the last few months at Granada and may feel that the Premiership is where to take his career to the next level.