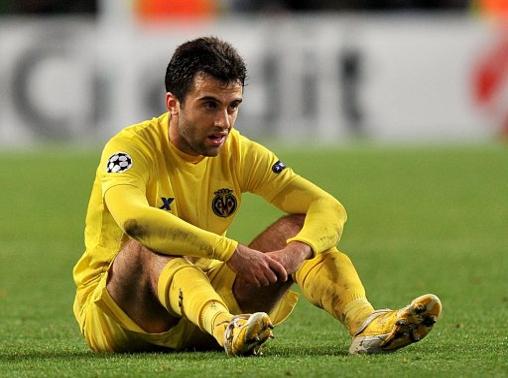 Tottenham Hotspur have been alerted by the news that Guiseppe Rossi could leave Villareal this summer, reports talkSPORT.

Rossi endured a miserable season at Villareal, suffering a major cruciate ligament injury and witnessing the Yellow Submarine slip to a shock relegation in his absence.

The 25-year-old is expected to remain sidelines until next year but his agent Federico Pastorello does not believe this will put club’s off pursuing his signature.

“We are looking around to find the best solution that will be shared with Villarreal,” Pastorello told Italian radio station Radio Kiss Kiss.

“Giuseppe will return [from injury] in February, and it is normal that the market can be accelerated in the last fortnight of August.

Spurs are certainly in the market for a striker this summer, with Jermain Defoe currently the only senior forward on their books and the club struggling to finalise a deal for Togolese hit-man Emmanuel Adebayor.

If the north Londoners are interested in Rossi, they are likely to have to content with Italian giants Napoil, however.

“Napoli? I do not exclude the transfer of Rossi to the club of [Napoli president Aurelio] De Laurentiis,” Pastorello added.

“I cannot exclude this possibility. But now he’s a football player for Villarreal, that’s for sure. The market is open.”