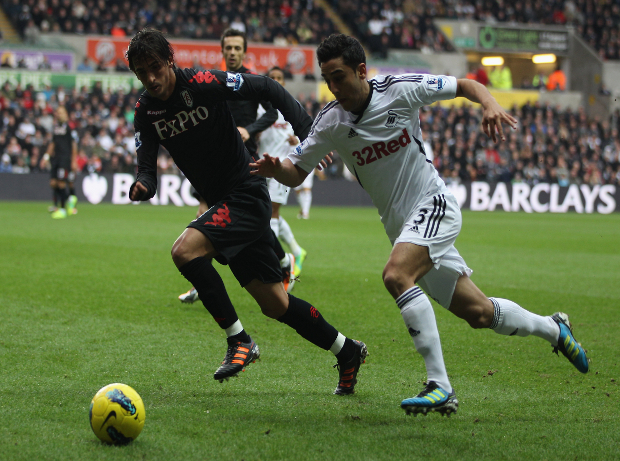 Manchester United have been linked with Swansea and Team GB full back Neil Taylor.

The 22-year-old, who started his career in Manchester City’s academy, has caught the eye playing for Stuart Pearce’s Olympics team.

Reds boss Sir Alex Ferguson has said he is looking for a left-back, with the club struggling for reliable back up to Patrice Evra.

Sir Alex Ferguson has publicly stated his determination to sign a left-back this summer and many had assumed that would lead the Man United boss to nabbing Everton defender Leighton Baines but this source believes that Team GB star Neil Taylor is on the Old Trafford radar.

The 23 year old former Wrexham man acquitted himself well in his debut Premier League season last term and has performed well during Team GB’s run to the Olympic quarter-finals. New Swans boss Michael Laudrup will do all he can to keep hold of the Liberty Stadium side’s best talents, he already has his hands full trying to repel Liverpool’s advances for Joe Allen and the Dane will not want to lose Taylor to Man United but he could struggle to prevent the youngster from having his head turned by such interest.

Taylor moved to Swansea City from Wrexham two years ago and has racked up 70 appearances over the past two seasons.

Sir Alex Ferguson may feel that a move for the St Asaph born defender would work out a most cost effective option than a move for Toffees man Baines, especially as the Scot is essentially looking for a long term replacement for Patrice Evra and may believe Taylor, four years younger than the Everton man, is a better long term solution.