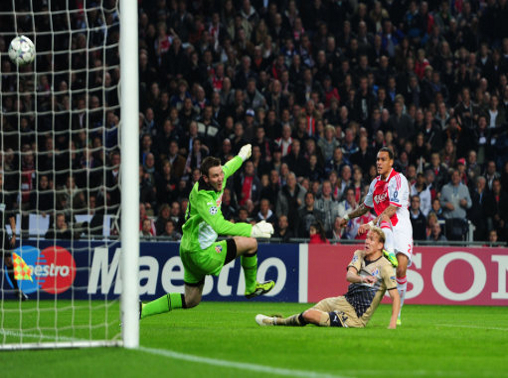 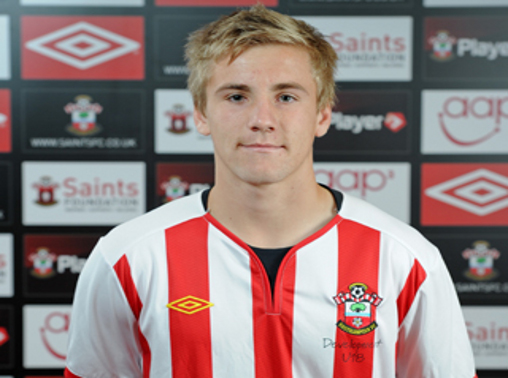 Arsenal are set to make a another raid on Southampton with 17-year-old full back Luke Shaw their target.

They had the promising full-back watched at St Mary’s Stadium yesterday when he played the last 25 minutes of the 1-0 defeat to Dutch champions Ajax.

He looked confident and competent enough in a match treated with stunning indifference by the Southampton fans.

Clearly Arsenal have made something of a habit of picking up talented youngsters from the South Coast side and any successful move for teenager Luke Shaw would bring up a hat-trick of Southampton captures, following the signings of Theo Walcott and Alex Oxlade-Chamberlain.

The highly rated full-back is yet to play a league game for the Saints but did make his Southampton debut in January aged just 16 in an FA Cup tie against Millwall.

The talented teenager has been capped by England at Under 17 level and has been dubbed the ‘New Gareth Bale’ after another successful recruit from the Southampton Academy.

Arsenal boss Arsene Wenger is of course well known for his penchant of signing youthful players that he feels can be polished into household names and given that the North London club saw their full-back options decimated by injuries last term perhaps he feels a move for another left-back, especially one with such obvious potential, is a wise one to make.

However it may prove trickier to lure players from St Mary’s now that back to back promotions have led Southampton back to the top flight after a seven year absence.