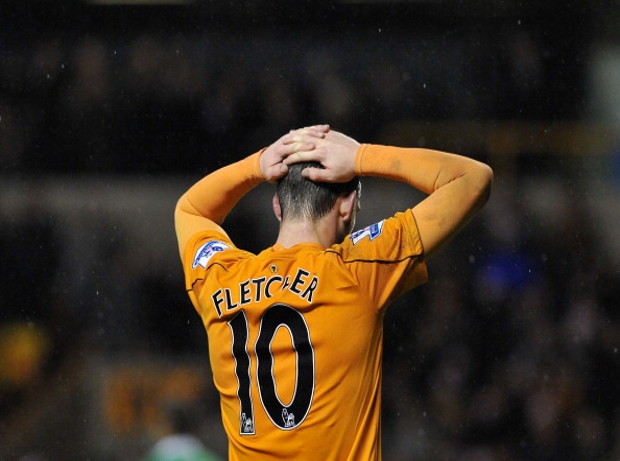 The Journal have today revealed the striker felt forced into what for him is unwanted action when he discovered his current club had knocked back an improved £12m offer from the Black Cats, and showed no signs of any compromise at all.

It is thought that Fletcher believed a deal could be done before the Premier League season begins a week on Saturday.

However, he was also concerned about ruining the good relationship at Wolves and hoped he would not have to ask to leave.

But the 25-year-old felt that this was the only way to force the Midlanders into accepting what many would consider to be an excellent offer for a player of his calibre.

And to complicate matters further for Sunderland, Aston Villa have also contacted Wolves about Fletcher, although have not as yet put in a solid offer.

Some may baulk at a £12m price tag for Wolves striker Steven Fletcher but such a fee seems par for the course in today’s transfer market and it seems that Aston Villa are now also in the running for the Scottish international.

The 25 year old has stated his desire to leave Molineux this summer and now Stale Solbakken must look to extract the best fee possible for the forward but at the same time not risk the chance of being stuck with a player who doesn’t wish to remain at the club. It’s a fine line to balance on.

Fletcher scores 12 goals last term, a very good return given that Wolves finished rock bottom. Aston Villa have lacked a proven goal threat though the arrival of Darren Bent was supposed to resolve this issue the England man has spent a decent portion of his time at the club out injured so a move for further attacking options makes a great deal of sense.

One wonders if Paul Lambert will be given funds to make a big money offer for the Wolves man. The former Norwich City boss has been relatively restrained during the current transfer window thus far and the Villa Park faithful will hope to see one or two ‘big name’ signings to help kickstart their upcoming campaign so that they can effectively forget the nightmare season they suffered under former boss Alex McLeish.