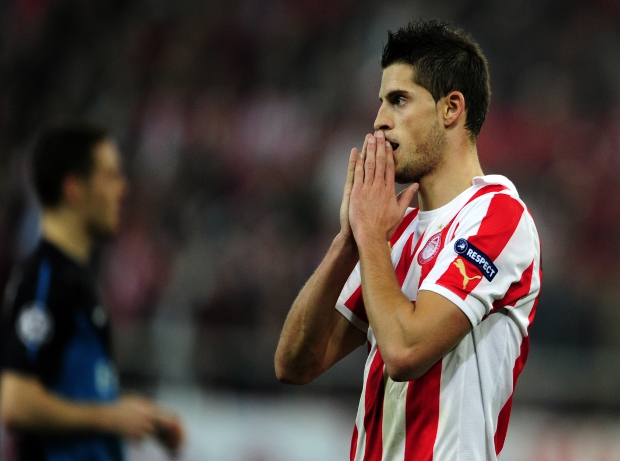 Goodison Park side move in for the kill.

Everton are ready to immediately reinvest a chunk of the money they received for Jack Rodwell by completing a shock £5.3million deal for Kevin Mirallas.

The Olympiakos striker has been a target for a number of clubs this summer, including Arsenal, but Everton boss David Moyes, who only sold Rodwell to Manchester City for £12million on Sunday, has moved swiftly for the Belgian.

Mirallas is currently with the Belgium national side for their friendly with Holland, but, once that game is over, it is expected he will travel to Merseyside in the next 24 hours to complete the formalities of a medical and personal terms.

David Moyes could well do with more attacking options and if they did secure the signing of Olypiakos goal-getter Kevin Mirallas then they will have beaten off interest from a number of top Premier League clubs.

The 24 year old Belgian international finished last term as the top scorer in the Greek top tier and has helped his side to back to back titles in his two seasons at the Athens club.

Though Moyes brought in Nikica Jelavic to the club in January with great effect and has brought his former Rangers team-mate Steven Naismith in this summer, the Toffees boss will need to make up for the loss of Aussie Tim Cahill who left for the MLS.

One wonders though whether the cash-strapped Goodison Park side will be able to use the funds garnered from the sale of Jack Rodwell or if those funds will be used to balance the books.