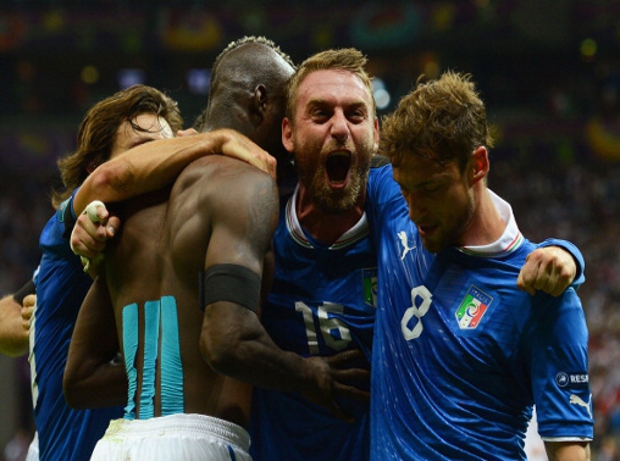 Etihad Stadium side close in on Italian international.

Reports in the Italian football press claim that Roma talisman Daniele de Rossi, 29, is now open to a lucrative move to Manchester City.

The Premier League champions are prepared to double the defensive midfielder’s wages and pay Roma a transfer fee in the region of €35m.

Man City boss Roberto Mancini has reportedly phoned the player personally in an attempt to persuade him to leave his homeland.De Rossi has played for Roma his whole career despite many attempts from other clubs to lure him away.

Roberto Mancini has been desperate to bring in several new faces this summer and was clearly not going to be happy with ‘Just’ the addition of Jack Rodwell from Everton. Now it appears that the long running move to bring in experienced Italian international Daniele De Rossi to the Etihad Stadium is beginning to draw to it’s inevitable close.

Roma may struggle to prevent the 29 year old from pushing for a move and after 11 seasons in the Stadio Olimpico first team maybe they would not stand in the way of the tough tackling midfield all-rounder pursuing a move to the Premier League champions.

Indeed the Serie A side may feel that £27m is too good a fee to turn down for a player of De Rossi’s age and the one club man seems all the more determined to leave having seen the Giallorossi fail to secure European football of any sort for the coming campaign.

One wonders how Mancini will make room for De Rossi as the likes of Gareth Barry, Yaya Toure and Nigel de Jong currently vie for the main central midfield slots at present but the Man City boss may well feel that on his day the Roma midfielder is a cut above his other options.

One could hardly blame De Rossi for wanting a new challenge having secured an unprecedented five Serie A runners-up medals during his time at the club. The local born midfielder has racked up 389 appearances for Roma, netting 47 goals in the process.