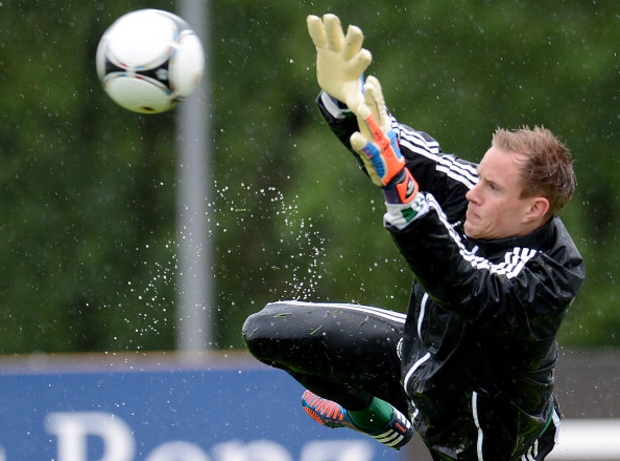 The Liverpool boss is unhappy with Pepe Reina and may trade the Spaniard in the January transfer window, but he has to find a replacement first.

Ter Stegen, 20, is at Borussia Monchengladbach and only narrowly missed out on Germany’s Euro 2012 squad despite making his debut before the finals.

Talk of Brendan Rodgers being unhappy with Pepe Reina seem to lack credence but there is no denying that the back-up options the Liverpool boss has on hand are simply not good enough to worry the Spaniard about the security of his first team spot.

Both Brad Jones and Doni have not looked all that comfortable when called upon and neither could be considered as being in Reina’s league in goalkeeping terms.

Therefore a move for a young pretender may well be the right way to go. This source states that a move for Birmingham City’s England international Jack Butland would prove far too expensive and therefore the option of trying to land talented young German Marc-Andre ter Stegen may be a wise one to consider.

One wonders however if Liverpool could lure Stegen into considering a move to Anfield given that his current side can offer him Champions League football and a decent shot at a domestic title challenge.