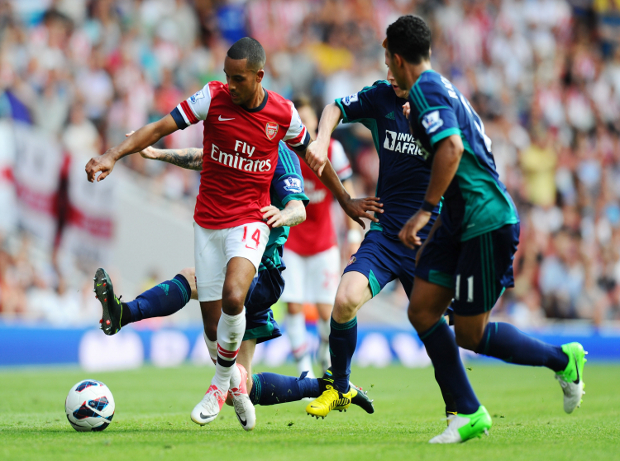 Juventus are serious about trying to lure Arsenal winger Theo Walcott to Italy.

Walcott has turned down an offer of £75,000-a-week and will be free to talk to other clubs about a Bosman deal in the New Year.

Juve will consider making a bid of around £5m in the next transfer window if Arsenal are unable to tie him down.

Though Theo Walcott is now in the last year of his contract will a bid as miserly as £5m be enough to convince the Gunners to sell?

The 23 year old winger has started just one of Arsenal’s three Premier League matches thus far this season and the emergence of Alex Oxlade-Chamberlain may well be the impetus Wenger needs in order to refuse to give in to Walcott’s apparent wage demands.

England international Walcott has consistently failed to live up to his obvious potential and now into his seventh season at the Emirates Stadium the next few months will be crucial for the former Southampton man. If when called upon the speedy wide-man continues to flatter to deceive then an offer of this size from Juventus may well be accepted, however if the Arsenal man puts together a run of good form then perhaps his career at the club is not living on borrowed time.

Arsenal already did business with the Serie A title holders this summer, loaning Danish forward Nicklas Bendtner to the club on a season long loan deal.