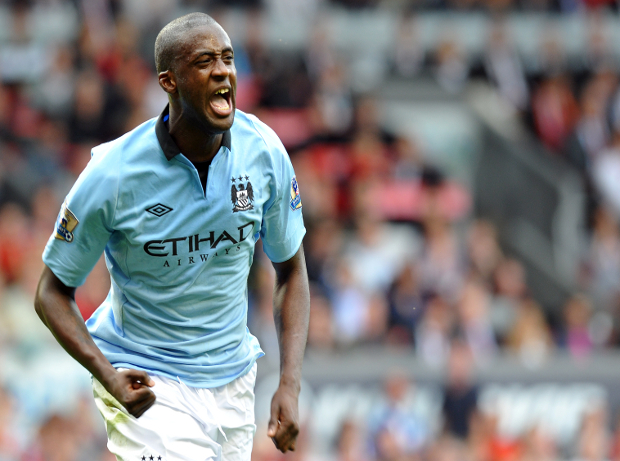 CHELSEA owner Roman Abramovich is ready to make unsettled Manchester City star Yaya Toure the best-paid player in the world in order to tempt him to Stamford Bridge.

The 29-year-old recently expressed doubts about his future at City, claiming that he was looking for a new challenge.

“The player gave everything he could for City and now needs a new motivation,” said the Ivory Coast international’s agent Dimitri Seluk.

But Chelsea will have to dig deep to fend off competition from rivals Bayern Munich and PSG for the former Barcelona star, who has also been linked to a return to his old club.

Abramovich is ready to sanction a £300,000 per week wage packet for the star, to put him in line with football’s top-earner, Anzhi Makhachkala star Samuel Eto’o.

If Man City were to lose one of their top performers to Premier League rivals Chelsea then it could well be a defining moment in the financial power struggle between the two richest clubs in the English top tier, and it would be a move that would deeply anger boss Roberto Mancini.

Yaya Toure’s agent has made various statements in recent days that will not go down well with Man City with Dimitri Seluk openly courting his client despite the fact that the Ivory Coast international is under contract with the Premier League title holders until the summer of 2015.

Chelsea owner Roman Abramovich has returned to his big spending ways, spending over £80m on new players over the summer and would dearly love to snatch the former Barcelona man away from Man City.

Of course there is no financial imperative for Man City to sell. They could, if they chose to, ignore any calls by the player or his representatives to leave and simple see Yaya Toure run out his deal rather than be pressurized into either making another increased offer to the midfield battler or give into the pressure to sell.