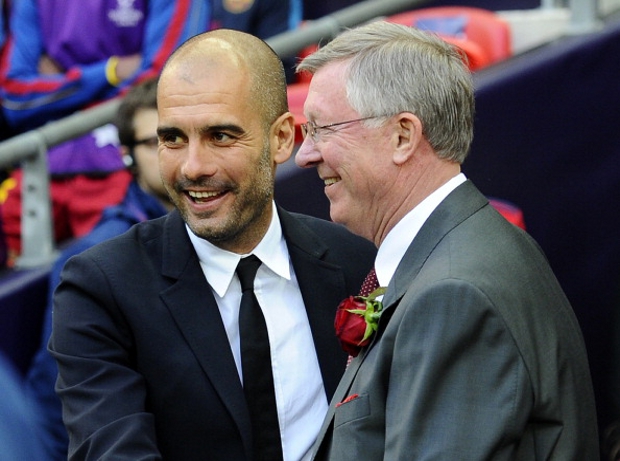 Old Trafford supremo knows who he wants to succeed him.

On Tuesday, the club’s vice-chairman Ed Woodward said that the Old Trafford hierarchy know what “type of manager” will succeed Ferguson, while it was reported in the Spanish press in the summer that Ferguson had met Guardiola in New York.

ESPN has learnt, however, that chief executive David Gill and a member of the Glazer family also met the former Barcelona manager, who left his role at the Camp Nou after four successful years, at that time.

While a United source said that the meeting was “informal”, the future is understood to have been discussed.

Pep Guardiola has been strongly linked with the constant speculation as to whom Man United would turn to when they finally have to consider a future without Sir Alex Ferguson at the helm and it appears that the Scot has given his backing to the former Barcelona boss.

Given the incredible success the 41 year old achieved during his four year tenure at the Nou Camp is does seem that the Spaniard would be a very good option to pursue and it does call into question just how much longer the 70 year old will be in his current post and indeed if he will retain a position of some sorts at Man United when he does finally bring an end to his glittering career as manager.

Guardiola appears to be enjoying his time away from the game, popping up at various sporting events from the Ryder Cup to the US Open, but the 41 year old will surely be considering a return to the game having stepped aside at his Catalan club in the summer.