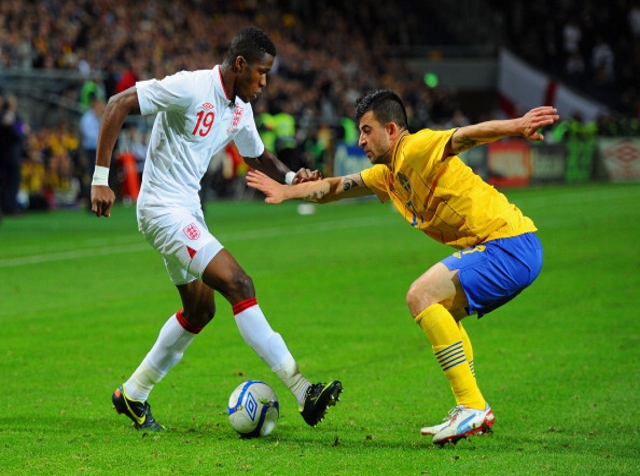 Arsene Wenger has confirmed that Arsenal have got Crystal Palace hot shot Wilfried Zaha on the January transfer hit list.

Gunners boss Wenger has been tracking Zaha for months and Mirror Sport revealed they will launch a £7m bid for him in the next transfer window.

They are facing major competition from other clubs including Chelsea, Liverpool and Manchester City.

But Wenger confirmed Zaha – called up by England last month – is on their list but also tried to play it cool so it would not inflate his price.

Wenger said: “We are looking at every player who could strengthen our squad. He’s [Zaha] not more on the list than anybody else.”

Now whilst Arsenal may well intend on making a move for the talented England intenational youngster this source also confirms that Crystal Palace have no intention of selling the 20 year old, certainly not until the end of the season and will almost certainly deem £7m some way below their valuation.

Arsene Wenger has seen the success of shopping in the ‘lower leagues’ having brought in the likes of Aaron Ramsey, Theo Walcott, Alex Oxlade-Chamberlain and Carl Jenkinson via this route and clearly the Gunners boss is just one of many interested parties taken an interest in Zaha, which the Eagles will hope ends up leading to a bidding war.

Zaha has been in particular strong form this season, helping his side to mount a genuine challenge for promotion back to the Premier League.

The Ivory Coast born attacker has already amassed 112 appearances for the Selhurst Park side and will Crystal Palace will find it incredibly hard to keep hold of the starlet much longer.