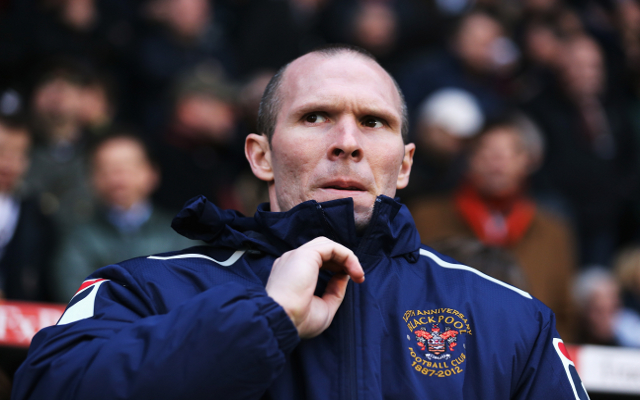 Check in to Wolverhampton Wanderers vs Blackburn Rovers

Championship side Blackburn Rovers have announced the appointment of Michael Appleton as their new manager on a two-and-a-half-year contract.

Appleton, 37, becomes Blackburn’s third head coach of the season and arrives at Ewood Park despite having only taken up the manager’s job at their Championship rivals Blackpool two months ago.

Ashley Westwood, who worked beneath Appleton at both of his previous clubs, has been appointed as his assistant.

“I am delighted to be joining such an historic club,” said Appleton in a statement released by Blackburn.

“This is a fantastic opportunity for me and I am excited about the challenge we have ahead of us. I can’t wait to start working with what is a very talented group of players.

“I’d like to thank everyone at Blackpool for their efforts during my time there and the chairman (Karl Oyston) for allowing me to come here. I wish them all the best for the future.”

Managing director Derek Shaw said: “We are delighted to welcome both Michael and Ashley to the football club.

“They are both highly regarded within the game and we are confident that they have the drive and ambition to take this club forward.

“We will do everything in our powers to support them in our quest to make an instant return to the Premier League.”

Blackburn, owned by Indian poultry firm Venky’s, had been without a full-time manager since former player Henning Berg was sacked in December after only 57 days in charge.

Berg became the second manager to leave the club this season, after Steve Kean said he was “forced to resign” in September because his position had become “untenable”.

Appleton began the season as manager of financially troubled third-tier outfit Portsmouth before leaving to join Blackpool in November.

As a player, he came through the youth ranks at Manchester United but spent the bulk of his career with Preston North End.