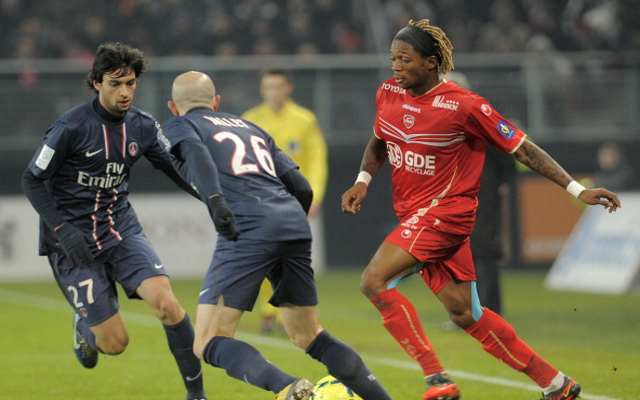 Newcastle United’s search for defensive reinforcements could result in the signing of Cameroon international full-back Gaetan Bong after making an offer to French Ligue 1 side Valenciennes.

Despite already bringing in Mathias Debuchy from Lille in the transfer window, manager Alan Pardew has made a move for Bong.

Valenciennes president Jean-Raymond Legrand told le10sport.com: “Newcastle are very interested, they have made an offer. We will wait and see. But I will not sell players unless I can replace them.”

The signing of Bong could spell an end to Davide Santon’s stay on Tyneside with AC Milan interested in taking the Italian back to Serie A. Santon has endured a torrid time of late as Newcastle have slipped into the relegation fight in the Premier League.

As well as defensive cover, Pardew is also searching for a striker to replace Demba Ba following his transfer to Chelsea. Loic Remy is the number one choice although the striker is not guaranteed to leave Marseille in the transfer window. St Etienne’s Pierre-Emerick Aubameyang is also on the short list of possible transfer targets.