Emirates Stadium side could pick up talented playmaker for fraction of his real value.

Arsenal have been offered long term target Yoann Gourcuff for a fee of just £3m according to the Metro.

The 26 year old has struggled with injuries in recent years and is certainly not the same player Wenger was close to capturing in 2009, before Lyon forked out £20m to land the Bordeaux man.

Gourcuff is apparently now keen to leave Ligue 1 in pursuit of a new challenge he hopes will re-ignite his career. It is perhaps worth noting that the stylish midfielder’s only other attempt to ply his trade outside his native France ended in a miserable three year stint in Italy with AC Milan. 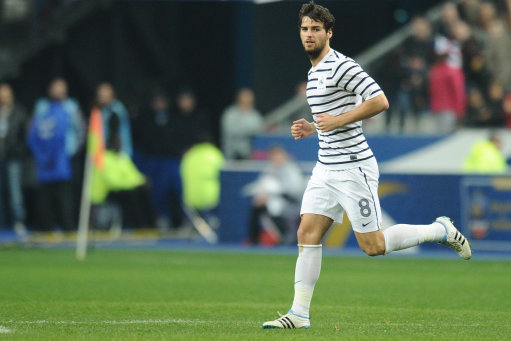 Lyon will listen to offers as low as £3m a move that could well be an attempt to remove the player’s reported £4m a year deal wiped off the financially struggling Stade Gerland side’s balance sheet.

The Metro claims that Arsenal are ready to make a move but would face competition from Spartak Moscow, who may be more willing to meet the player’s salary expectations.

Gourcuff hasn’t played for Lyon this season due to injury but is said to be close to full fitness, just in time to be carted off.

One possible drawback to a potential move for Gourcuff could be the fact that he is very similar to a number of creative midfield talents Wenger already has in his armoury, players such as Mikel Arteta, Jack Wilshere and Aaron Ramsey.